Update builds on the player and press feedback of five months in Early Access, introducing a bunch of new features and optimizations

Hamburg, Germany, February 8, 2016 | Daedalic Entertainment and Corbie Games have published the first major update for their historical train sim Bounty Train for PC and Mac, currently in Steam Early Access. This update combines all the feedback by players and press collected over the course of the last months; further updates on the way to the full release in the second quarter of 2016 are already scheduled.

About the update: The new day/night cycle adds a realistic touch, and the developers have tweaked the whole ingame economy to allow for smoother play. A number of new events make travelling more exciting. And players may now change the loadout of characters and customize their cabins, both features enabling them to develop a more individual play-style. Additionally countless small optimizations and bugfixes are introduced, among them a new save system.

All changes in detail:

With update 04, manual saving has found its way into Bounty Train. No more moving files around. We know how annoying that was. Now you have complete control and can save the game whenever you want. You can also create various save games. We still consider using the old system for runs on higher difficulty, but this decision is still pending and we’ll definitely wait for your feedback on this.

Areas can now be accessed during day or nighttime. We plan on extending on this feature in the near future. We’ll implement day and night-dependent missions, for example, as well as other alternative options matching this theme.

Right now, we’re not too happy with the in-game economy and thus we tweaked the price development a little. Additionally, we introduced some new goods which should be worthwhile alternatives to the present goods and encounters. In the long run, we want to have goods in the game you can process further to specialize certain areas even more and provide more in-game options for players.

One issue of the last version was the frequency of enemy encounters and subsequent combat. We want to mitigate this by implementing more events. Now, when you travel a track, you won’t just find the familiar factions, but you’ll also encounter new mini-events from time to time.

You can now switch the loadout of individual characters. You think Walter should be a grenadier? Well, you can give him grenades and let him wreak some havoc. Speaking of which, we also plan to add more shops to make respective gear more accessible. Aaand enemies will drop special items and weapons in the future.

One of our main goals is to provide you with the means to build your very own train that matches your playstyle. With the new system you’re no longer quite so restricted: you can customize cabins and have more control over expenses and weight of your train.We plan to unlock more custom options through shops and inventions.

We could reproduce and resolve many of the issues you have submitted. For example, sudden, unexplainable vanishing of resources should no longer occur, wanted characters should appear properly and players shouldn’t get stuck in scenarios under certain circumstances anymore. 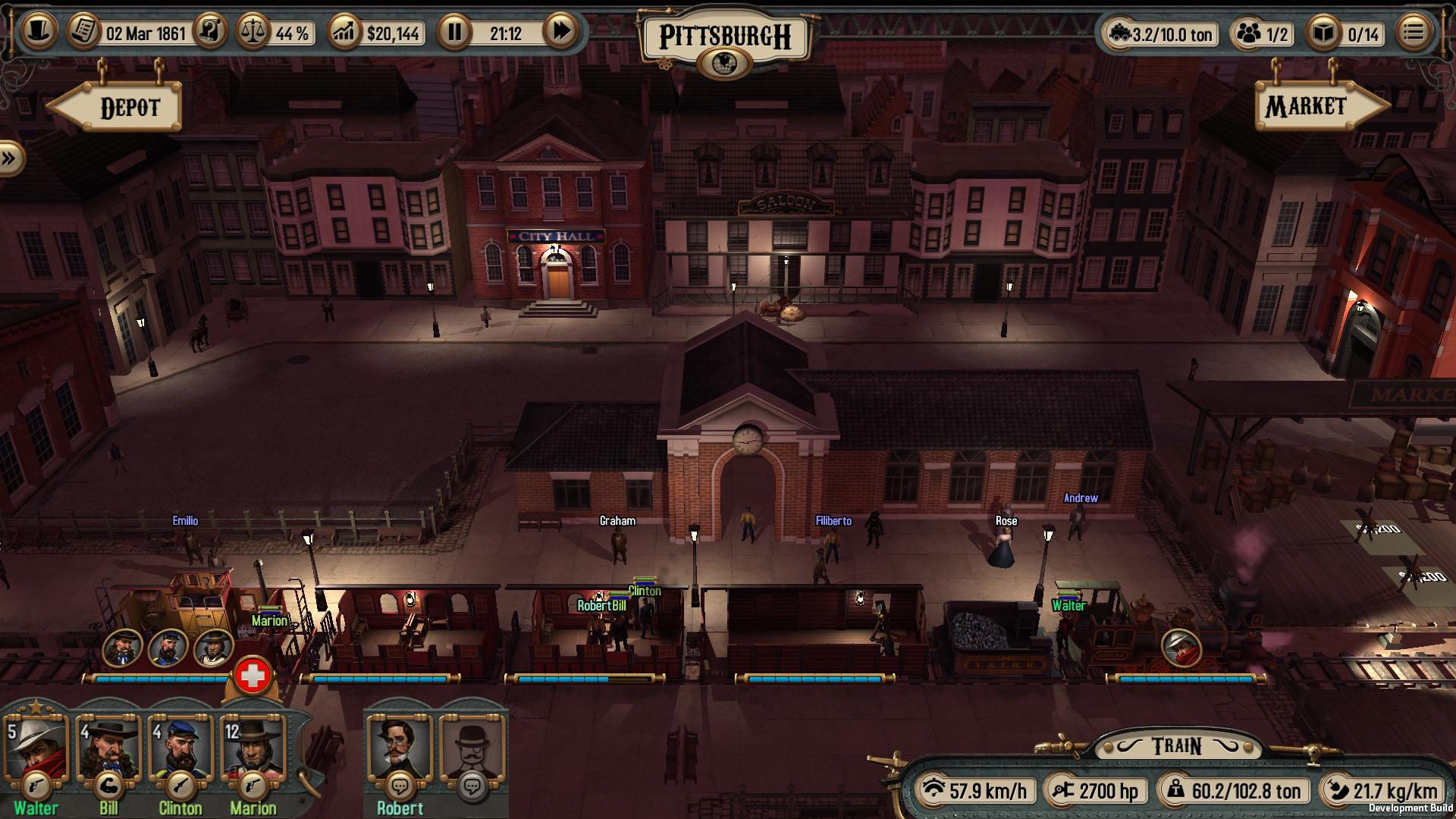