BetaDwarf, imgur internet sensation and indie developer from Denmark, are well on track to releasing their deck-building, twin stick, rogue-lite Forced Showdown on March 29th, 2016 on Steam (Windows). JUST AS THEY ANNOUNCED LAST MONTH! Such are the wonders of Danish indie development.

Steffen Kabbelgard, a random person chosen to represent the game based on his good looks, said:

​ ​
“After the success of Forced in 2013, we got over-enthusiastic and started development of a new and different type of Forced game. Two years later we are very close to the finishing line and really can’t wait to show players what we have built! And we would very, very much like to get some sleep again.”

Forced Showdown is a modern mash-up of a top-down, twin stick action rogue-lite that combines the strategy of a deck-building card game. Players take control of one of four gladiators in a Galactic Game Show hosted by the Computer-Simulated Arena Referee (C-SAR) to win the approval of the crowd and become the Galaxy’s favorite. It’s a kill or be killed affair where winners become famous and losers get eaten by titans.

It has the bestest features:

BetaDwarf have lived in a classroom for 8 months, they also lived in a house in rural Denmark even longer and are now located in an office in Copenhagen. It’s a story of blood, sweat and tears turning into success. A lot has changed since the beginning, and the team now consists of 14 skilled developers. Everyone has a deep passion for games, everyone is always looking to push the boundaries and explore new and interesting mechanics. 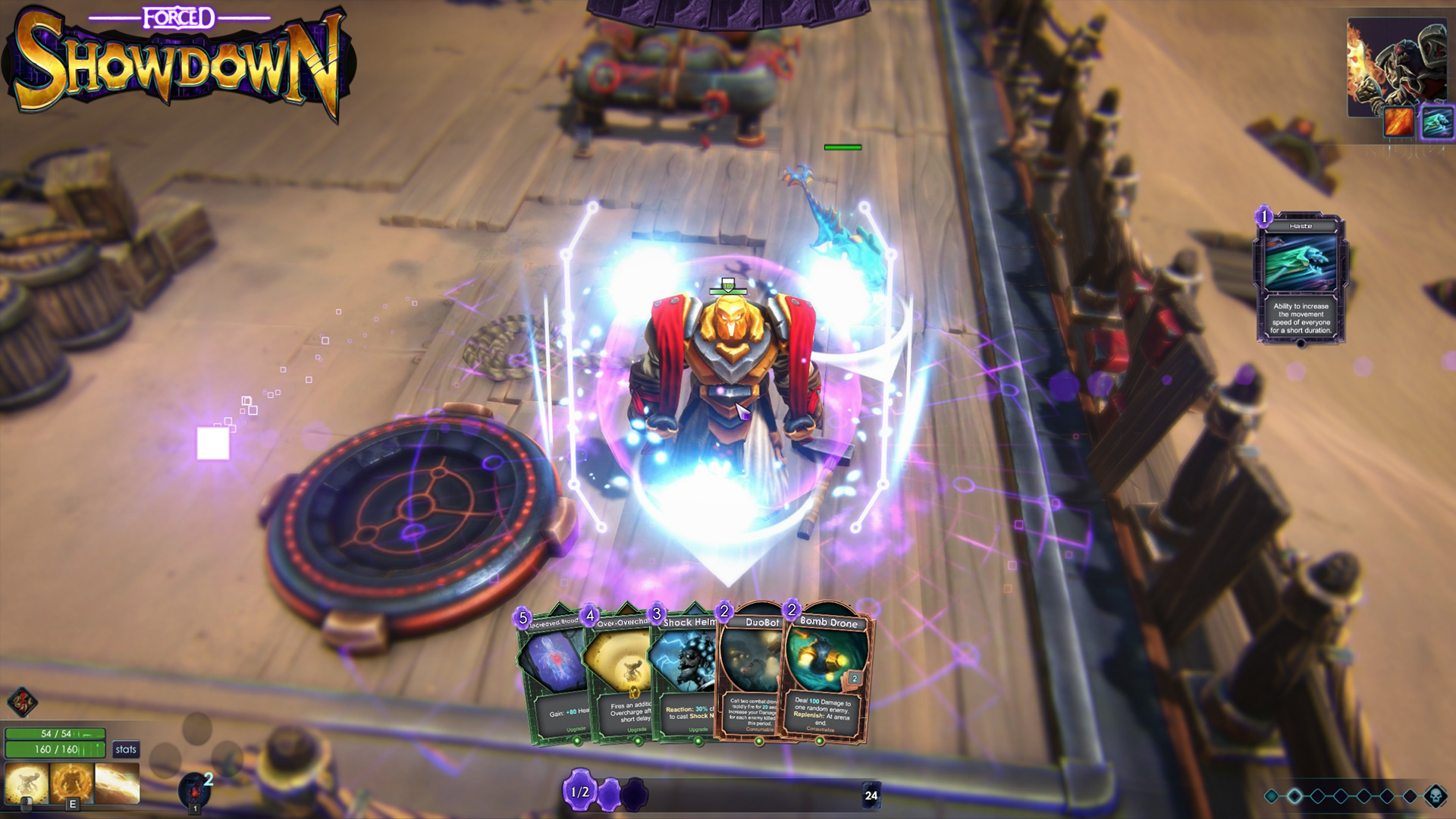